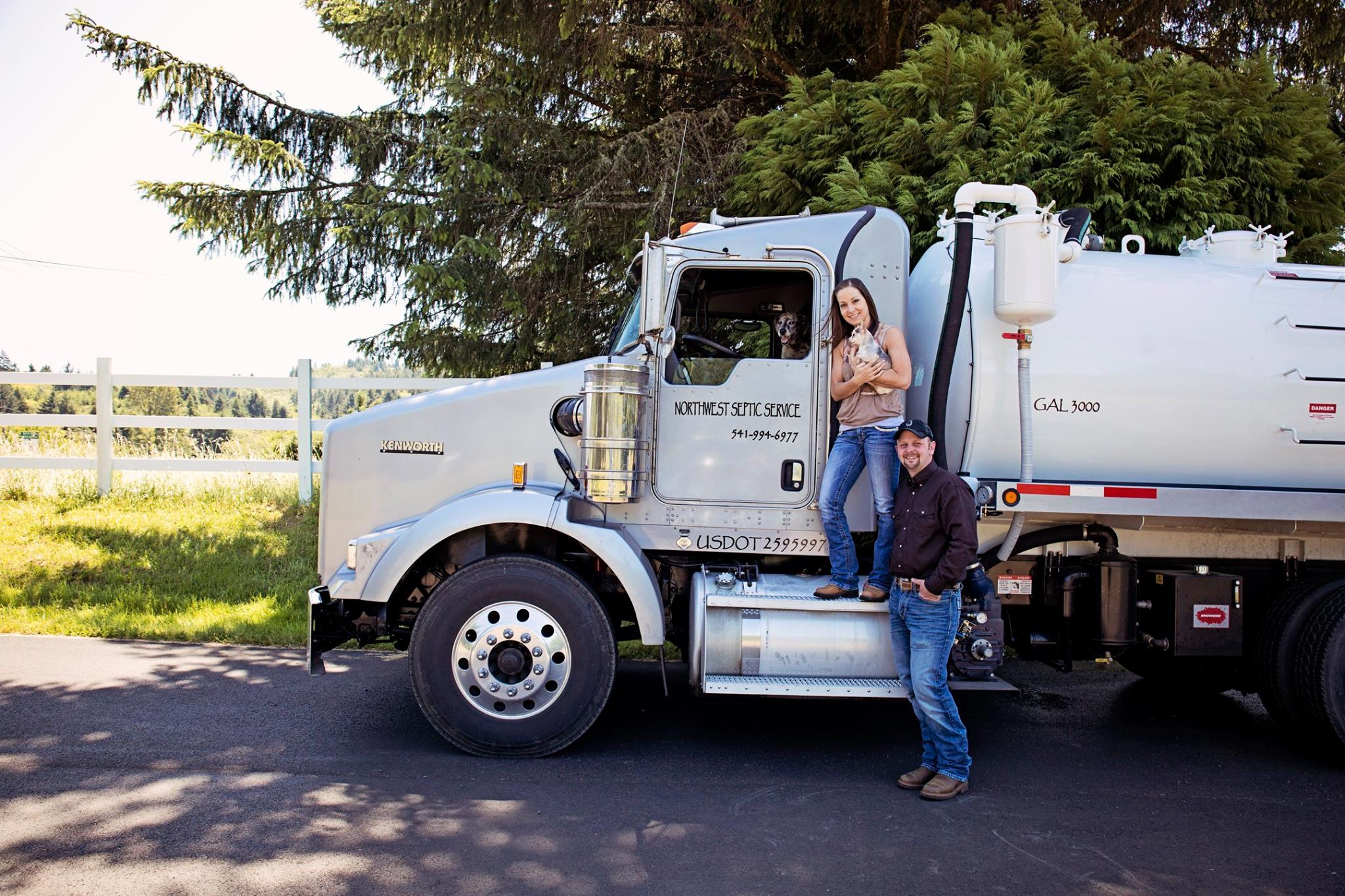 Peter Robertson had worked for a septic service company in Lincoln City before deciding to start his own business in the industry.

In May 2014, Robertson and his fiancé, Jana Grahn, went to the SBDC, where an adviser helped them write a business plan for Northwest Septic Service. They met with their adviser several times, making sure every detail was in the plan.

“He made us think about things we weren’t thinking about at that moment, like how to budget for a website,” Jana said.

The couple then went to Oregon Coast Bank to present their plan.

“They loved it,” Peter said.

One year after approaching the SBDC, they received a loan from the bank, as well as funding from the Oregon Cascades West Council of Governments. Peter and Jana purchased a pump truck and have been busy ever since.

“I truly don’t think we would have been able to do it without SBDC,” Peter said.

Northwest Septic Service, which serves the central Oregon coast, does septic pumping, as well as maintenance and repair services on septic systems.

The SBDC still contacts them every few months to see how they’re doing, Jana said.