RunHub NW Up and Running with Help from SBDC

In 2014, lifelong runner Dustin Pearce decided to leave his high school teaching position and open a running store in Eugene.

Pearce opened Run Hub Northwest in 2015. He wanted customer service to set his shop apart, so he not only sells running shoes and other supplies but hosts group runs, scavenger hunts and half-marathon and marathon training programs.

“To keep the lights on, we are a retail store and we have to sell things,” Pearce said. “But we use the store as a platform to do things in the community to engage people in running.”

Pearce went to the SBDC with his business idea. He met with an adviser who had previously run a ski shop and offered Pearce advice on working in sports retail. His adviser also helped him apply for a State of Oregon Entrepreneurial Development Loan. After acquiring the loan, Pearce started attending trade shows to sign contracts with vendors, such as Brooks and Muzuno.

He then started looking for a location and settled on a shop across from 5th Street Market, a short distance from running trails on the Willamette River. 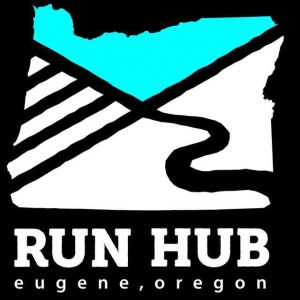